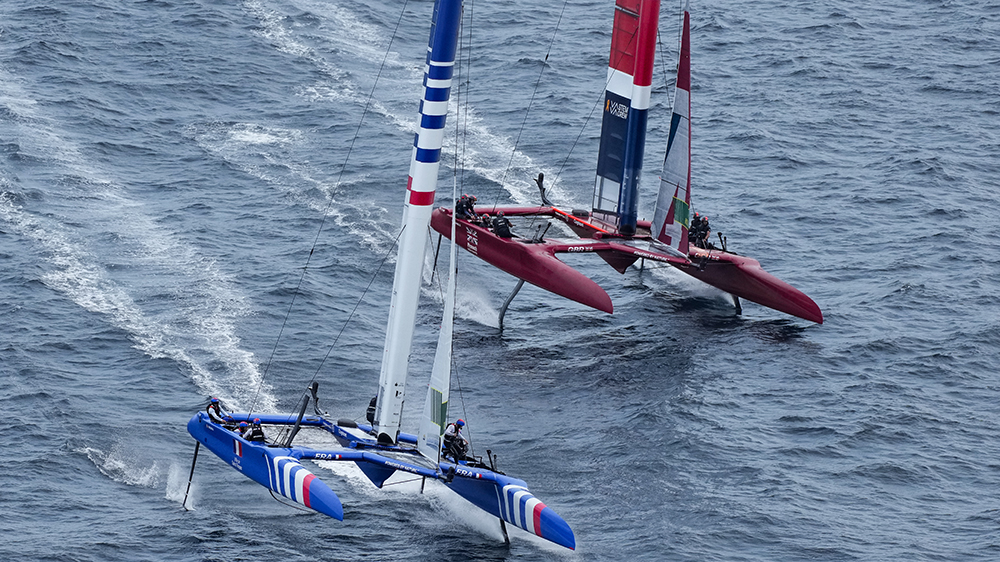 Sailing is being revitalized by SailGP, which has a host of global teams and a $1 million prize.
By MICHAEL VERDON

Reinventing a centuries-old sport for today’s attention-challenged viewers may sound like a nonstarter, but Oracle chairman Larry Ellison and his yacht-racing guru Sir Russell Coutts figured sailing had been in the doldrums long enough. “One TV producer described racing sailboats as slow white triangles on a blue background that’s impossible to understand,” says Coutts, an Olympic gold medalist, five-time America’s Cup winner and CEO of Oracle’s America’s Cup campaigns. “Larry knew if we couldn’t make it understandable for television, it would never succeed.”
So Coutts and Ellison reimagined the sport for global consumption under SailGP, an action-packed, AR-graphics-rich extreme sport—sailing’s version of Formula 1. Now in its second season, SailGP has eight national teams competing around the globe in 50-foot, high-speed F50 foiling cats. When the series ends on March 27, in San Francisco, the winning team will take home a $1 million purse.

Media-and-sports conglomerate Endeavour, which owns IMG, saw SailGP’s potential and signed on as a minority investor. And so far, so good: Midseason television viewership of the multiple-language broadcasts has clocked in at 171 million dedicated and secondary viewers. The season opener in Bermuda had a dedicated audience of 4.9 million, or about half of last year’s World Series average viewership per game. Ellison will underwrite the league for its first five years, but the long-term goal is to have 10 independent franchises (currently priced at $20 million each). Switzerland became the first franchise team and ninth member of the league in September.
“We looked at the world’s biggest leagues and took the best parts,” Coutts says. “We made the final race winner-takes-all, since NBA statistics show many viewers only watch the last quarter.”

Racing before thousands of spectators is another draw, with helmsmen playing chicken in high-speed maneuvering. The extreme sailing displays impressive athleticism and real-time drama. “We’re all miked-up to cameras on board, so viewers can feel the stress,” says US team driver Jimmy Spithill.

The F50s are based on the 2017 America’s Cup racing cats, but faster; in August, Ben Ainslie, driving Great Britain’s cat, set a record of 61.1 mph. “They can sail four times faster than the wind,” Coutts says. “There’s an element of danger we’re not trying to disguise.”
Despite the fledgling league’s careful crafting and a name-brand bankroll, success is hardly guaranteed. “We’re ahead with venue procurement, and selling franchises happened sooner than expected,” says Coutts. “But sponsorship isn’t where we thought it would be.”

But damn the naysayers, declare the racers. “It’s the best shot we have of reaching a much broader audience,” says Ainslie. 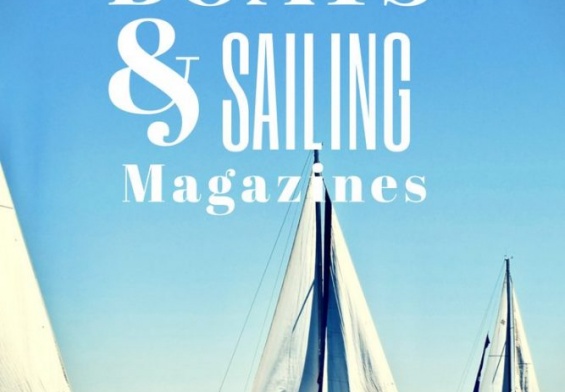 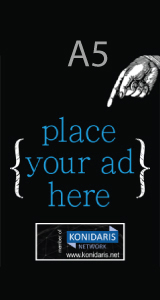